Our living room has been in desperate need of new throw pillows for a while. 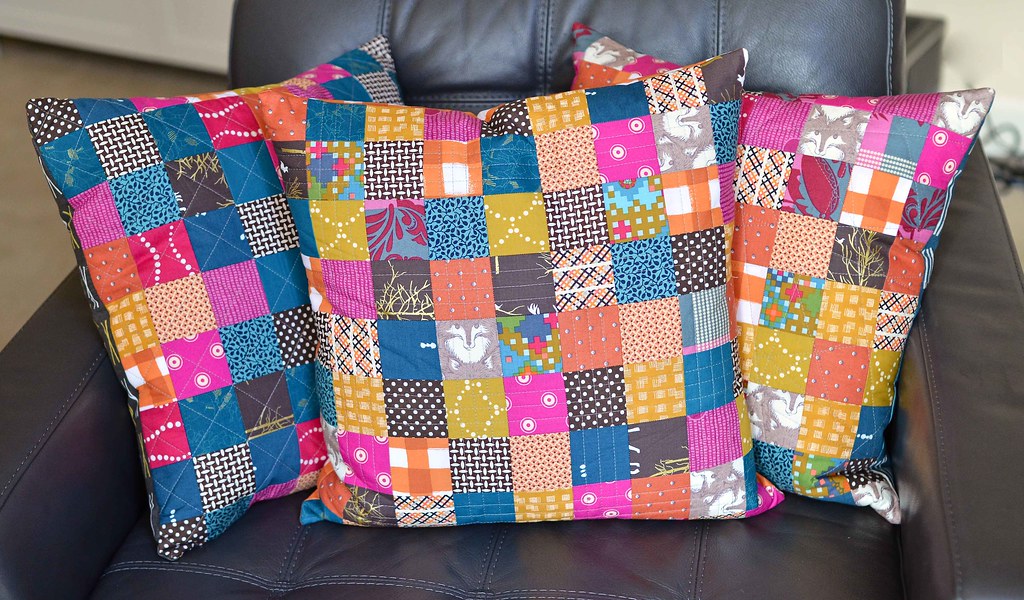 Nothing is wrong with the old ones, but SOMEONE keeps hogging them. So for the past little while I have been slowly adding to a Pinterest board of pillow ideas (if anyone wants to be invited to the board, just leave your email in the comments and I will invite you, I would love to see your inspiration!). 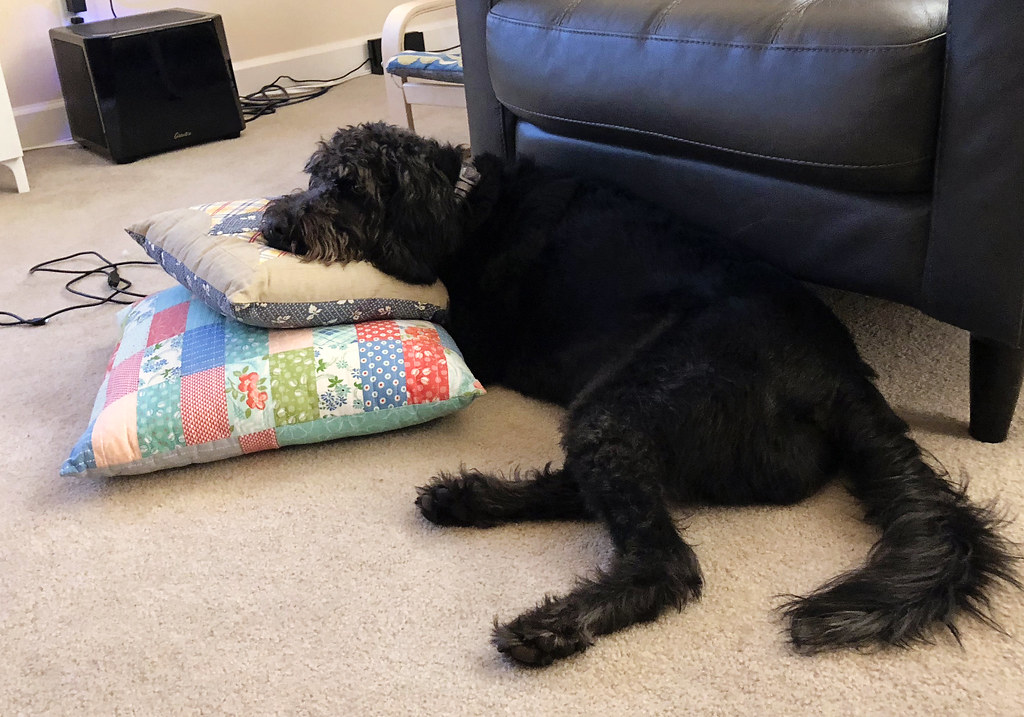 I had picked up some of these 18" pillow forms a while back - they have more of a feathery "throw pillow" feel than the ones we have used in the past.

My plan was to cut a bunch of 2 1/2" squares and then randomly arrange them for each pillow, but each one kind of took on a life of its own. 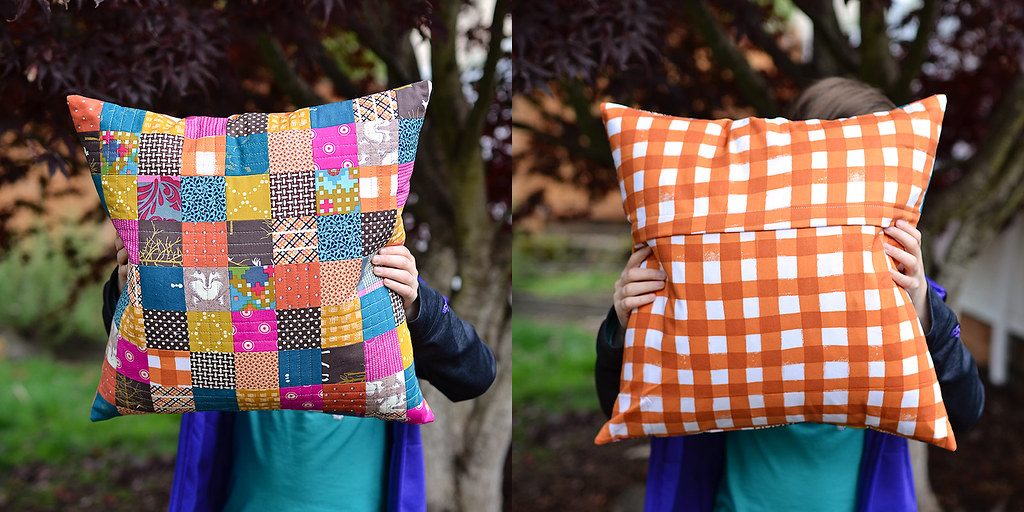 The first one did end up random.  The fabrics were a variety of pinks, oranges, yellows, browns, and teals.  The backing of this pillow is a beloved Lotta Jansdotter print - I seriously love this fabric.  And I used Svetlana's pillow closure tutorial like I did on the last pillow I made. 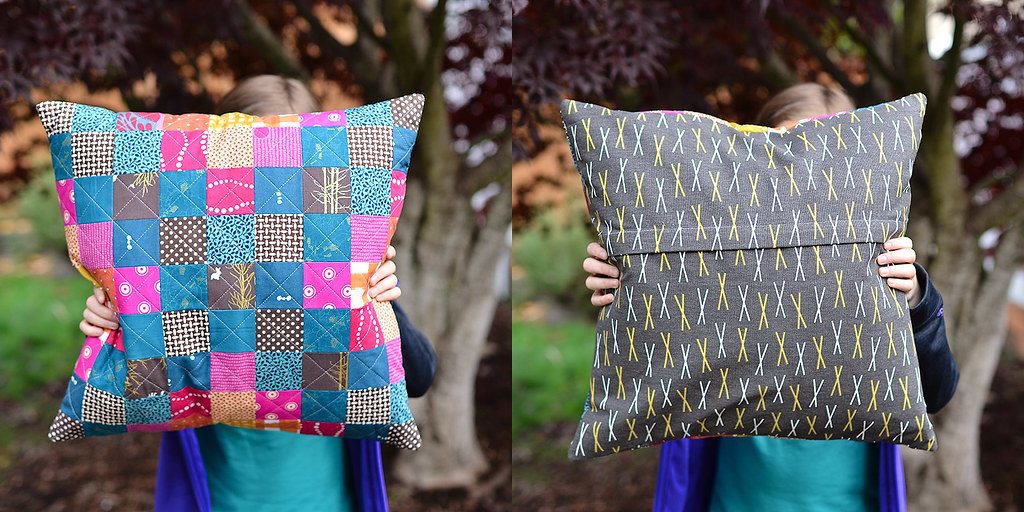 For the second pillow I made an "X" with the brown squares and then outlined it with blues, pinks, oranges, and yellows.  The backing is a linen print from the Outside Oslo collection by Jessica Jones. 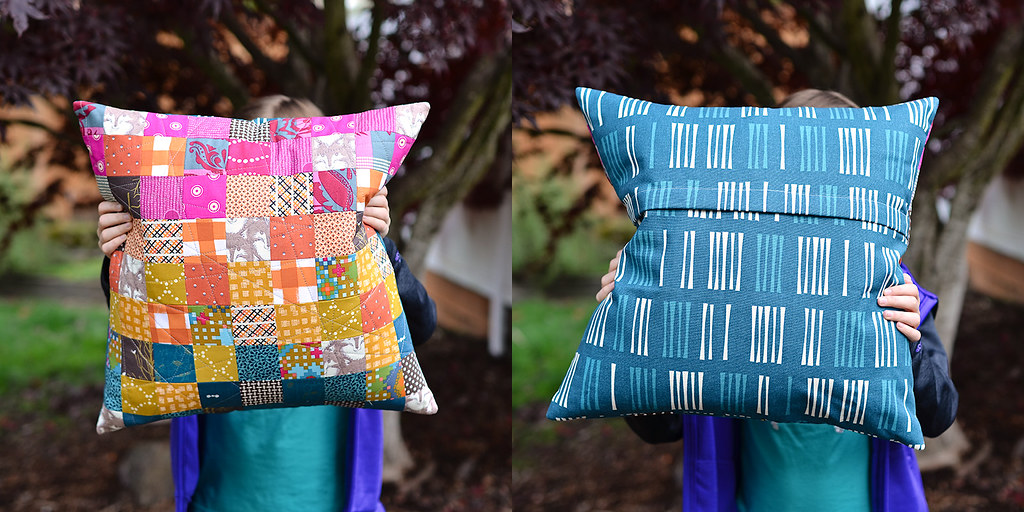 The third pillow is semi-rainbow-ish with some browns mixed in.  The backing is another Outside Oslo print.  I fell in love with this collection when it came out and have . . . a lot of it. 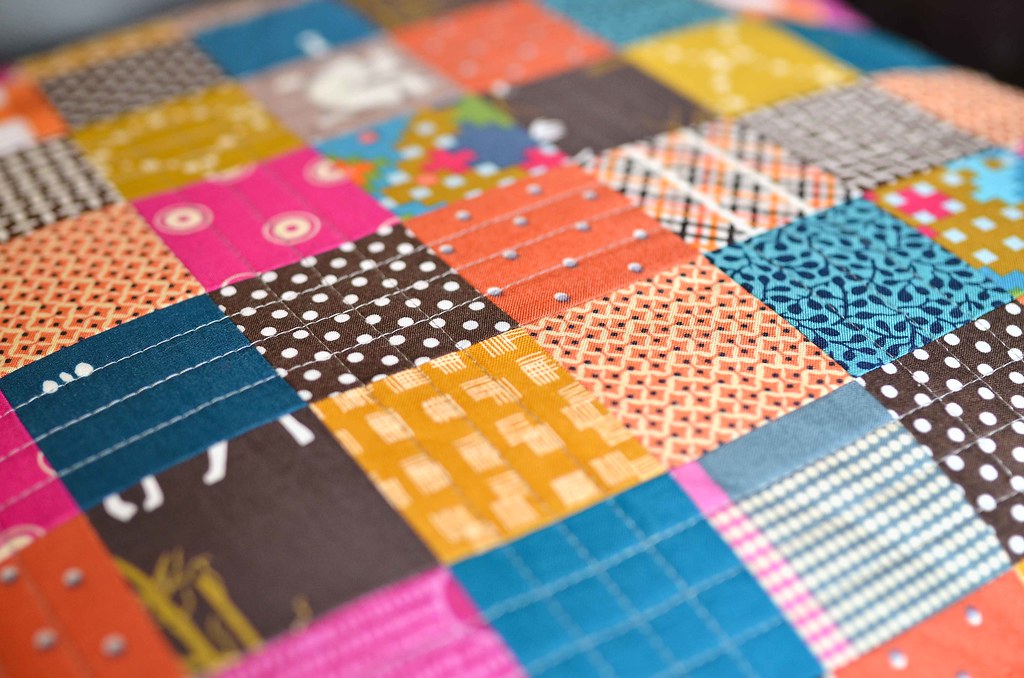 After making these I feel motivated to make a few pillow covers for different seasons and rotate them throughout the year.  I have been meaning to that for years but maybe this year it will happen?  At least I have some for fall. 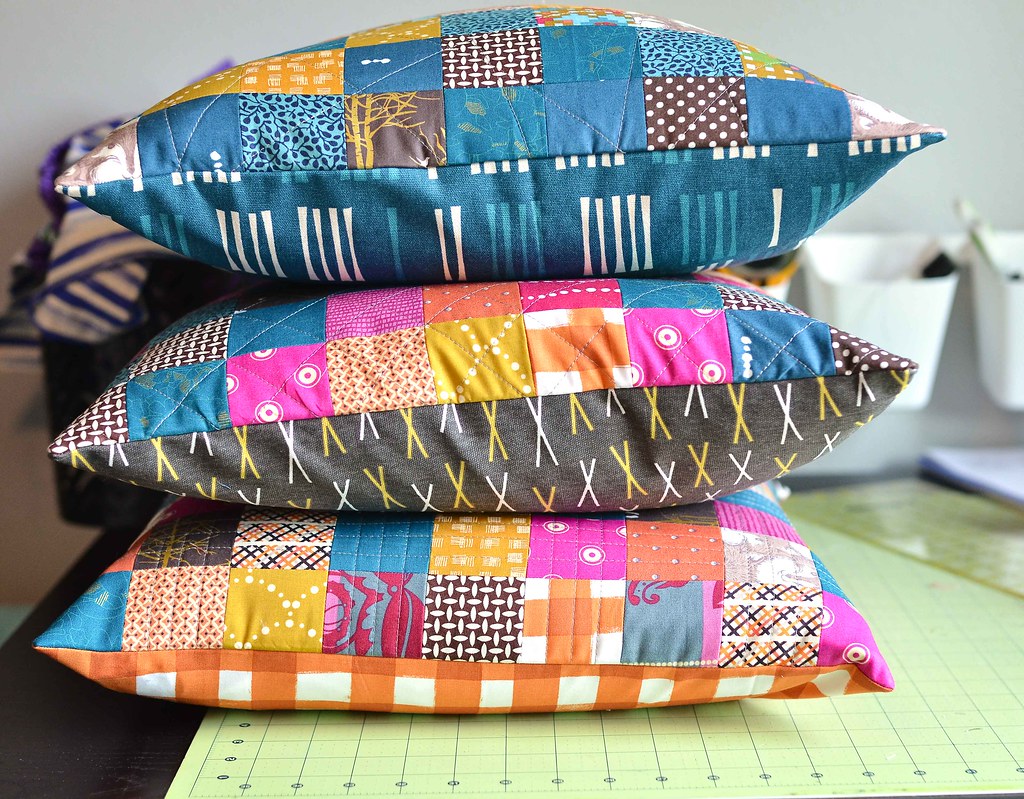 A view from my sewing table.  Notice how clean it is!  If you follow me on Instagram, you might have seen the before and after photos from last week. It took tremendous effort but I am hoping to keep things a little more tidy.

The Nina Quilt - All of the Mockups

The Nina Quilt in Love Always, AM

The Nina Quilt in Sundance